Truman is the first president that I can remember; his predecessor, President Roosevelt, having died in office in April, 1945 when I was not yet 2 years old. So I found it fun to relive the world events of that part of my childhood by visiting his Museum in Independence, MO. 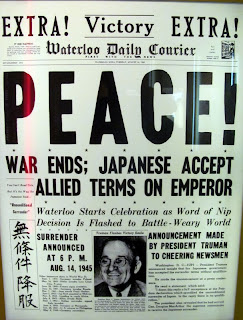 Truman ordered the atomic bomb to be dropped on Japan, ending WW II. During the Korean war he famously fired General McArthur for insubordination. He presided over the formation of the United Nations, the Berlin airlift and the birth of NATO. An interesting man whose story is well presented at his museum.