We were delighted to hear from Kate, the "rescue ranger" at Canyon de Chelle who wrote::

Sassafras Hobo (Sassy) is tick free and fattening up splendidly!  She actually has been with us the whole time since you dropped her off, she will be going to Washington to live with my room mates mom and brother as soon as she visits early next month.  She is doing great, has had very few accidents in the house, and she is getting healthier and bigger every day!  She has had all vaccinations that she can have at her age, and is getting over an upper respiratory infection she was battling.  She is a very happy puppy!

So thanks to Kate, Sassy may live happily ever after.
Posted by Allen at 7:46 AM No comments: 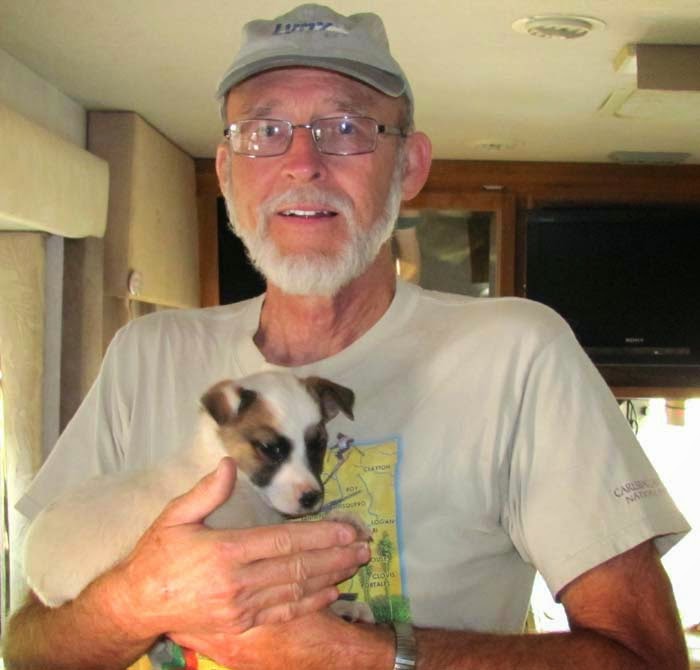 We were camped at Canyon de Chelly National Monument on the Navajo Reservation in NE Arizona, and I was walking the dogs in the campground when they spotted a puppy off the side of the path. She was soaking wet, shivering, and hunkered down in the brush. I carried her back to the motor home where we wrapped her in a towel and fed her, then settled her in a pet crate. When I took her outside, I discovered that she had ticks.  Dinah and I spent some time removing more than two dozen of them before putting her to bed for the night.

The next morning we planned to leave the campground and head to Monument Valley. We checked with the ranger and were told that there was not an animal shelter in Chinle; the town at the park entrance.  She suggested we let her call the local animal control department to come get the puppy. We felt that if animal control got a hold of her she would probably be put down, but we did not want a third dog and couldn't come up with an alternative.

It happened that that day was a Navajo holiday and animal control could not be reached until the next day, so at the ranger's suggestion we left the puppy with the campground maintenance man.

Later, after checking out of the camp ground, we stopped at the visitor center and were telling the puppy story to a couple of other campers when a ranger approached us. She had overheard us and told us she was involved with an animal rescue group. If we left the puppy with her, she would find it a home.  I unhitched the car from the motor home and drove back to the camp ground looking for the maintenance man. When I found him, he told me he had released the puppy into the woods near the campground an hour or more ago. After a few minutes of searching I saw her waddling in my direction wagging her tail.

Back at the visitor center, we put her in the arms of the rescue ranger who assured us she would have no problem finding a home for this cute little pup.  We left our contact information with her and are hoping that we will soon hear that she has found a new home. 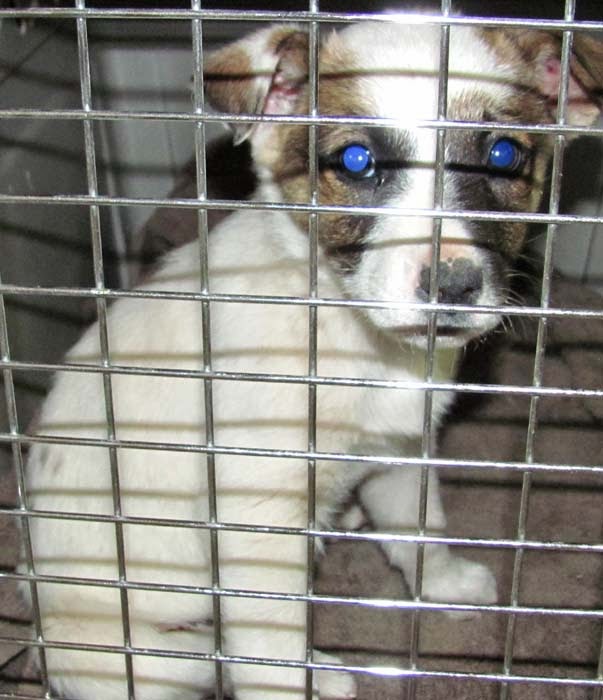